Your Tarot Card of the Day: Five of Wands

Right now you’re busy fighting with just about everyone around you, but it’s all a lie. Instead of fighting, you could be donating your time and energy to something else - something that’s a lot healthier for everyone:
‍

The Five of Wands is all about false pretenses and pretending you’re something you’re not. It’s shown up today to remind you that life doesn’t have to be a struggle. And if you donate your time and energy to being who you really are you’ll be much better off. Why? Because right now you’re donating all your time to being someone you’re not.
‍

There comes a time in everyone’s life when they just feel like the world is against them. You’re stuck in that time right now. It isn’t a fun place to be. But have you taken the time to look at what exactly you keep fighting about? It’s probably something that doesn’t even exist. That’s five energy for you - all about adventure, even if the adventure is all an illusion.
‍

So, as soon as you drop the act and become more authentic, you’ll start to feel a lot more peaceful. But it’s a bit difficult to do that, isn’t it? Because you’ve been trying so hard to be something you’re not. You keep donating your energy to a type of alter ego. And that alter ego is the thing that’s got you in trouble right now. But now that you know what the trouble is it’s not too difficult to get over it and move on to a happy future.
‍

Donate Energy Towards Keeping the Peace

The more you can focus on letting go of the behaviors and attitudes that aren’t who you really are the better. You’re busy doing and saying things that are pushing other people’s buttons and that’s just making your own life difficult. You may be thinking that you’re being who you really are, but is fighting with everyone really who you want to be?
‍

Instead, how does living a peaceful and serene life sound? What if you could get along with everyone - even the people that don’t always like you? That sounds like a much better deal, doesn’t it?
‍

Well, that’s very possible - but only if you start letting go of your own anger and start donating some time towards keeping the peace. That means taking time out of your day to look at how you’ve been working people up with your own ego and self-centered behavior.
‍

It’s not that you always want to start a fight, but you’ve been fighting more than you should - and it’s usually about silly little things like burnt toast or someone being a bit late. Are the things you’re fighting about really worth the fight? Or are you starting to realize how petty your fights are?
‍

Disagreements are normal in any relationship or friendship. But when small disagreements lead to big fights you know there’s a deeper issue that needs some time and energy donated to it. You need to realize that you can’t always get what you want. You need to let other people have things their way too sometimes. And it’s okay if you don’t agree with their way of doing things. Remember, we all have our own lives to live. You can’t go around expecting everyone to live life your way.
‍

Another big part of learning to donate energy towards keeping the peace is to learn to compromise. It might feel like then nobody is getting their way - but compromise doesn’t have to work that way. Compromise can mean that both people win - like if you want to go on a holiday to two places. You can go to both places, just not at the same time…
‍

So do what you can to keep the peace today and see how the five energy of this card changes from being ready to fight to being ready to explore the new idea of donating energy towards compromise and keeping the peace.

Want To Hear From Other Arcana Tarot Cards?

Tap a Card below to reveal their message for you 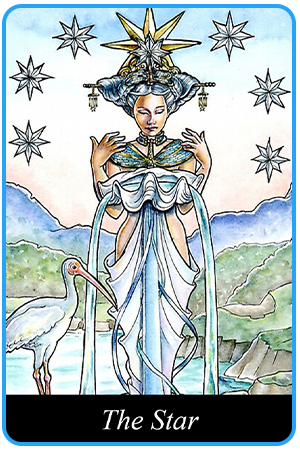 Your email address will be used to send you your Free Numerology Course and ongoing information regarding your charts and related promotions. You may unsubscribe from receiving emails at any time with a single click on the Unsubscribe link included in all emails. At the end of your free reading, you will have the option to purchase an in-depth Full Numerological Report at $49 only if you enjoy your Free Mini-Reading and want to learn more. This is completely optional.The information provided on HonestNumerology.com, and in any reports, emails, ebooks, or other materials you might receive from HonestNumerology.com, is for entertainment purposes only. Obviously, we cannot guarantee the accuracy of HonestNumerology.com's information, and we are not responsible for how you interpret or apply it. If you are struggling with serious problems, including chronic illness, mental instability, or legal issues, please consult with your local registered health care or legal professional as soon as possible. In other words, please use common sense. Please read the Full Terms and Conditions and Privacy Policy carefully. For Product Support, please contact us here